When the sacred Winter Stone gets stolen from her village, Akira Rafe sets out to prove her worth. On her daunting quest, she runs into a stray pack of wolf shifters and meets her fated mate, Ashleigh. It doesn’t take long before her inner wolf starts taking over

Books In This Series

PREFER TO LISTEN TO AUDIOBOOKS?

DID YOU KNOW YOU CAN BUY SIGNED PAPERBACKS AND SWAG IN MY PERSONAL SHOP? 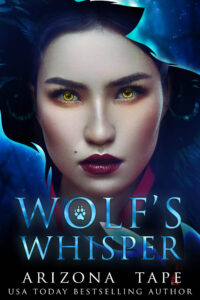 Wolf’s Whisper: Book 1 of the My Winter Wolf trilogy

When Akira sets out on a quest, the last thing she expected was to find her soulmate. Akira must face old enemies, make new allies, and work out where her heart belongs as she searches for the Winter Stone. Her world is turned upside down when she learns more secrets and uncovers more about her inner wolf.

And when the wolf begins to whisper, it must be answered. Matters of the heart are just going to have to wait…
—
Wolf’s Whisper is book one of the completed fantasy trilogy, My Winter Wolf. It’s filled with action, love, friendship, and sacrifice with an f/f relationship at the centre. 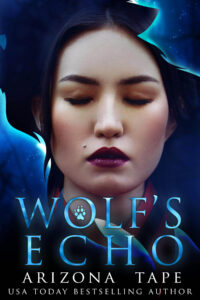 Wolf’s Echo: Book 2 of the My Winter Wolf trilogy

Akira’s quest for the Winter Stone reaches new levels of danger as she starts to question the motives of her friends. If she’s going to survive, she needs to trust them…but can she? With Ashleigh still angry at her, and Aspen’s alpha taking over, it’s hard to know who she can rely on.

And when the alpha begins to echo, all wolves must obey. If she can’t resist, all will be lost…
—
Wolf’s Echo is book two of the completed fantasy trilogy, My Winter Wolf. It is filled with action, love, friendship, and sacrifice with an f/f relationship at the centre. 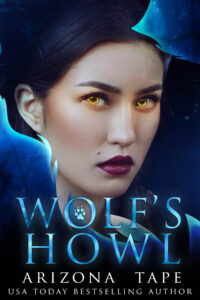 Wolf’s Howl: Book 3 of the My Winter Wolf trilogy

The Winter Stone is finally within Akira’s reach, but with it comes a great burden. Even with her mating bond with Ashleigh secured, Akira isn’t free from heartache. The Winter Stone requires a sacrifice, and not one that she wants to make.

When the wolf howls, Akira will have a destiny to fulfil. So long as it isn’t taken from her…
—
Wolf’s Echo is book two of the completed fantasy trilogy, My Winter Wolf. It is filled with action, love, friendship, and sacrifice with an f/f relationship at the centre: 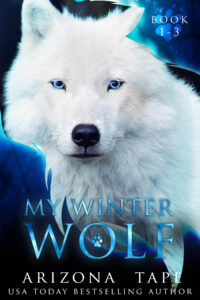 When Akira sets out on her quest for the Winter Stone, the last thing she expected was to find friendship, and definitely not love.

Join the wolf that can’t shift in this epic tale of bravery, love, and duty with the entire My Winter Wolf Trilogy in one place.

My Winter Wolf is a paranormal fantasy trilogy with an f/f romance.

A Squad Of Wolves 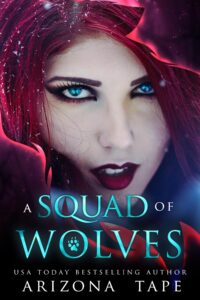 A Squad Of Wolves: A My Winter Wolf Extra

The funny thing about the past is that it always comes back around. And for JP, that is in the form of the Butcher. There’s only one way to escape, but that means leaving everything and everyone he loves behind. Is their safety worth the ultimate sacrifice?
****
Did you know?
A Squad Of Wolves is a sister book to the My Winter Wolf trilogy and features recurring characters like Aspen, Ashleigh, and Akira.
A Squad Of Wolves contains the entire Triple Threat series: 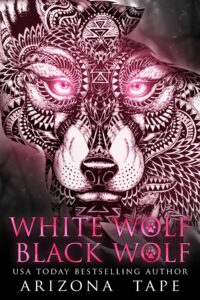 Yin and yang, black and white, no shadow without the light. Neither can exist without the other. Or can they?
Every story has to begin somewhere and this one begins with one man, two wolf sons, and a beautiful woman.
A brotherly tale where only one man can survive.
****
White Wolf Black Wolf is a stand-alone origin story attached to My Winter Wolf and A Squad Of Wolves. It can be read entirely on its own.