Rainbow Central is the rainbow club that is the core of many of the Rainbow Central Stories including Harper’s “Not Today” and more upcoming books written by Arizona Tape. Rainbow Central is completely imaginary, but it has a logo, an LGBT sorority, and many other features to tell the tale of the rainbow life. It’s rooted in the author’s own experiences in her student years and the books are a mix between the over-the-top parties, forever friendships that never last, and the raw and uncut troubles of being part of the rainbow in your late teens — early twenties.

Prefer to listen to audiobooks?

Audiobooks are being made as we speak! To stay up to date on when the audio releases, sign up to my newsletter! 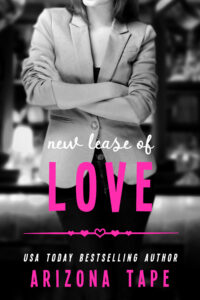 It only takes the right person to turn everything around.

An evil stepmother drives Quinn away from home and desperate for money, she ends up working in Rainbow Central, a bar on the verge of going bankrupt. The only saving grace? The beautiful owner and divorcée, Olivia White. Despite their age difference, the two women work well together trying to breathe a new lease of life into the bar. But what about a new lease of love?

**** New Lease Of Love can be read entirely on its own and is a May-December lesbian romance in the workplace and was previously titled ‘Turning The Tables’. 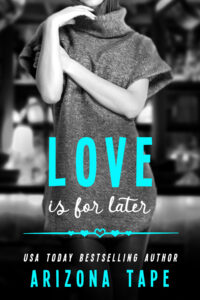 Love Is For Later: Book 2

No strings attached, that’s the way Nix likes her life. Determined not to fall for anyone she sleeps with, casual is just her thing. Better than having her heart ripped to pieces again. Harper is looking for a fresh start and a new city means just that. New friends, new school, and maybe a chance at love? The thin line between friendship and more blurs when Nix and Harper dance around each other in an LGBT club with everything to lose and love to gain. But is it ever that simple?

Love Is For Later is a lesbian friends-with-benefits to lovers romance and can be read as a stand-alone. It’s the collection of the previous serial parts (Not Monday, Not Tuesday, …) but is completed in this book. 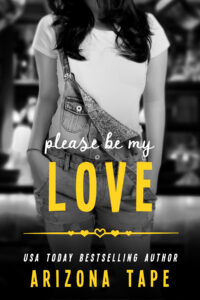 Please Be My Love: Book 3

When everyone starts talking about boys, Jo can’t stop thinking about girls. It wouldn’t be so bad if she could share her new discovery with her best friend, but how can she tell Ellie that she likes… Ellie?

A sweet lesbian romance about first loves, discovering yourself, and the beautiful complications of life.

Please Be My Love is part of the Rainbow Central series but can be read on its own. 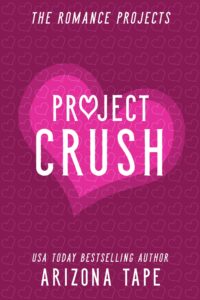 You, a white room, and the story about your crush.

For Project Crush, Erin puts four people in front of the camera and asks them to confess their feelings to their crush on the phone. An innocent project that quickly turns more real, vulnerable, and darker than she expected. In a series of short interviews Alyssa, Rebecca, Anthony, and Tasha talk with haunting honesty about something much deeper than just a crush.

****
Project Crush is a short story in the Romance Projects, a series of stories related to the Rainbow Central series. Recurring characters may appear, but you don’t need prior knowledge to enjoy the Projects. 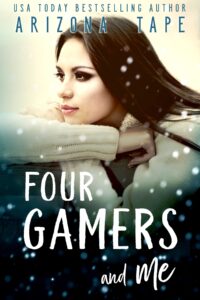 Four Gamers And Me: A Wintery Tale

An unfortunate meeting gains Mary the attention of four gamers that sure know how to push her buttons, both good and bad. With each encounter, Mary finds herself falling deeper into their lives… And for them. Maybe she likes it, even if she can’t admit it yet. So what’s Mary to do with a funny Santa, a quirky nerd, the cocky best friend, and the mysterious fourth member of the gang?

–
Four Gamers And Me is a steamy polyamourous contemporary romance with both male and female love interests. It was previously titled “Mary F*cking Christmas” and “Mary Had A Little Harem”. It’s losely tied into the other Rainbow Central books but can be read entirely on its own.